Dubrovnik, pearl of the Adriatic 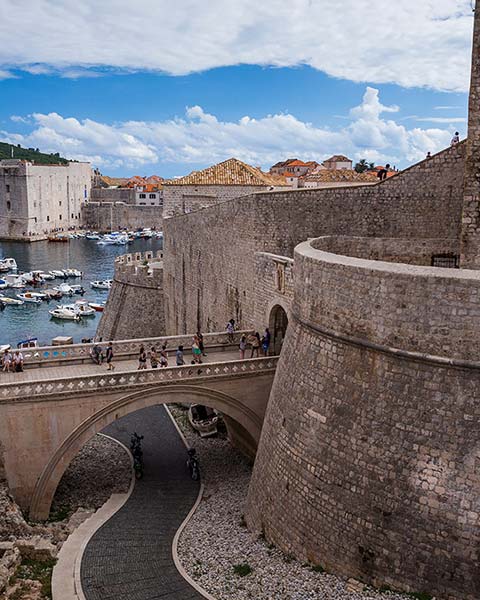 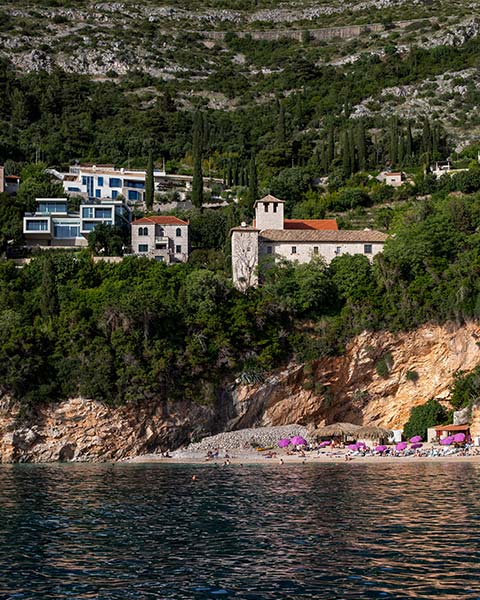 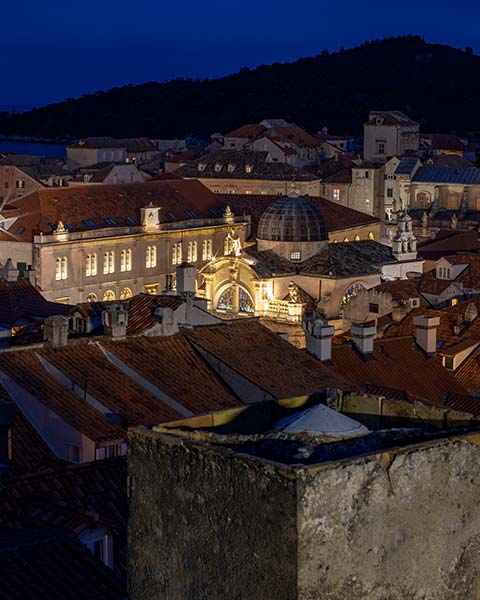 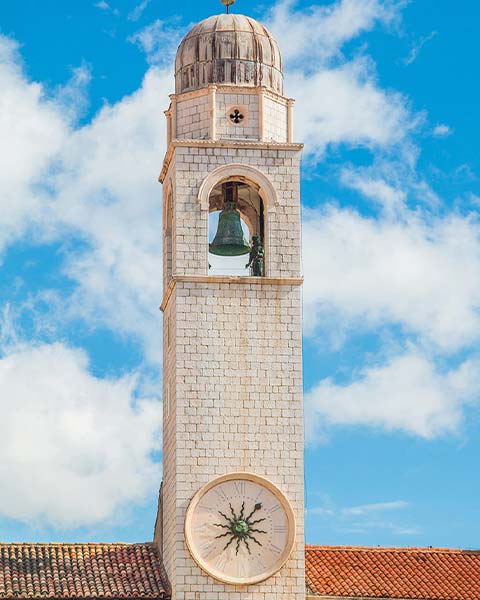 Villa Ibiscus is located in Dubrovnik’s St. Jacob area on the edge of a natural amphitheatre and beach, and only a twenty-minute walk away from the old city of Dubrovnik, and yet sufficiently detached from the hustle and bustle of the city.

Just below the villa are the remains of an ancient caravan route dating back to the 12th century which at the time was the safest European trade route to Constantinople, and today an excellent choice for pleasant walks.

The vista from the villa includes the beautiful Gothic-Renaissance church of St. James and the Benedictine monastery originally built in the 13th century as a Romanesque church.

Dubrovnik, one of the most beautiful small Mediterranean cities, has adorned numerous travel magazine covers in the past few decades with the recommendation that this is a place that must be visited and experienced at least once in a lifetime.

Every encounter with Dubrovnik, a city of unique cultural and historical heritage, arouses astonishment with its beauty, architecture and harmony. It is a city within stone walls jutting out of the sparkling turquoise Adriatic Sea and the terracotta roofs in the old town complementing the blue sky to create a unique harmony of colours. Dubrovnik, with its exceptional beauty, simply conquers and leaves you breathless.

According to archaeological research, Dubrovnik is believed to have originated in a settlement dating back to the 6th century. In the 12th and 13th century it became one of the most important ports and maritime trade centres of the Mediterranean due to its strategic position between East and West. During the 15th and 16th century, which is also called the golden age of the Republic of Dubrovnik, it had complete independence and an influential state position in the Mediterranean.

In 1979, UNESCO included the historical core of the old city of Dubrovnik on the World Cultural and Natural Heritage List. For 43 years, Dubrovnik has been part of the world's cultural and historical heritage scene and a special place that welcomes its visitors.

You can walk the Dubrovnik city walls, which encompass the Old City and stretch for 1,940 metres, including five fortresses, sixteen towers and bastions. Dubrovnik’s old port is always the right choice for a short walk and a place to go to the magical island of Lokrum, a much-loved natural oasis near the Old City.

Dubrovnik is an interesting gourmet destination with a very developed and vibrant restaurant scene. In recent years many Dubrovnik restaurants have gained international recognition. In 2018, Dubrovnik gained its first Michelin-star restaurant "Restaurant 360", and a number of excellent gourmet eateries in prime city locations are certainly worth exploring.

The elegance and luxury of the destination, natural beauty and excellent gourmet offer have firmly placed Dubrovnik on the radar for celebrities. In fact they have been enjoying the city for decades. Whether staying in the most beautiful luxury Dubrovnik hotels and villas or relaxing on exclusive, extravagant yachts.

In the last two decades, Dubrovnik has established itself as an excellent film backdrop for many films of high-budget film productions. Game of Thrones, an ultra-popular HBO television series watched around the world by millions, was filmed in Dubrovnik from 2011 to 2018, from the second to the eighth season. 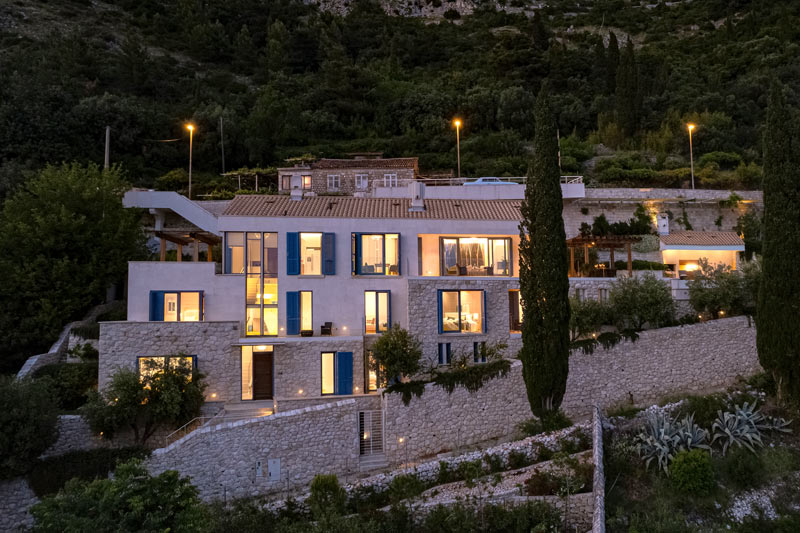 Villa Ibiscus is located in Dubrovnik’s St. Jacob area on the edge of a natural amphitheatre, and only a twenty-minute walk away from the old city of Dubrovnik, and yet sufficiently detached from the hustle and bustle of the city.

Dubrovnik Airport is connected to 80 world destinations across Europe and the world through 48 foreign and domestic airlines during the summer flight schedule. There are excellent air connections with Croatian cities. At least once or more a day it is connected with the largest European and world airports and hubs such as London, Paris, Frankfurt, and weekly with New York and the like. Nearby the villa are several doctors, dentists, and other excellent health clinics.

For centuries the culture of Dubrovnik valued freedom and peace most of all. Today it is internationally very well-connected and amongst the safest cities worldwide. Villa Ibiscus and Dubrovnik will offer its new resident’s hospitality and daily encouragement to enjoy every moment of life, or "carpe diem". 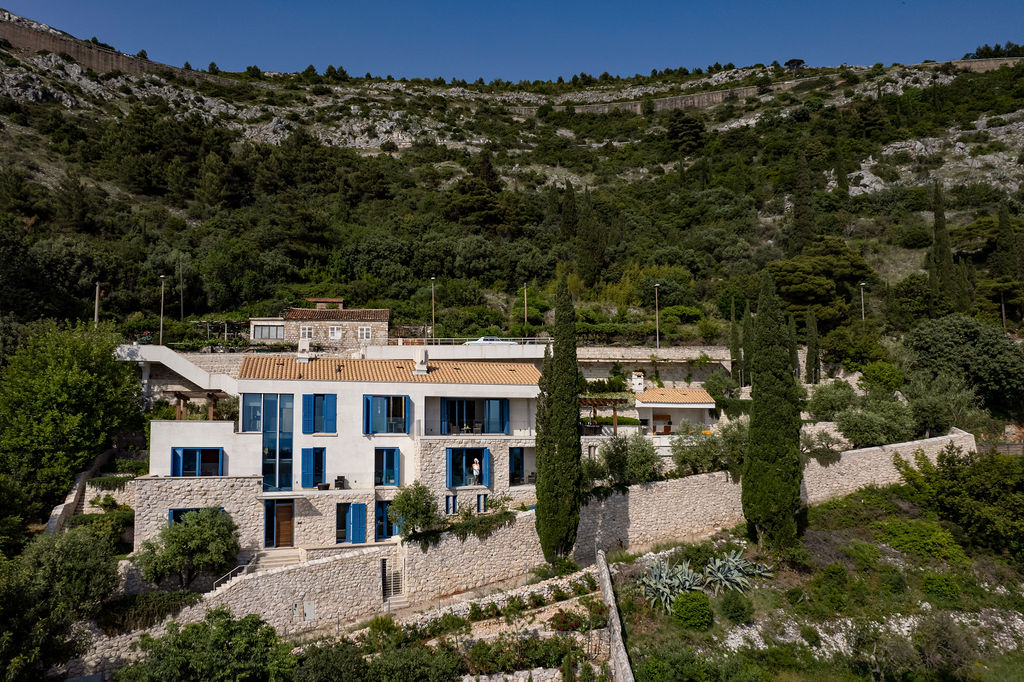 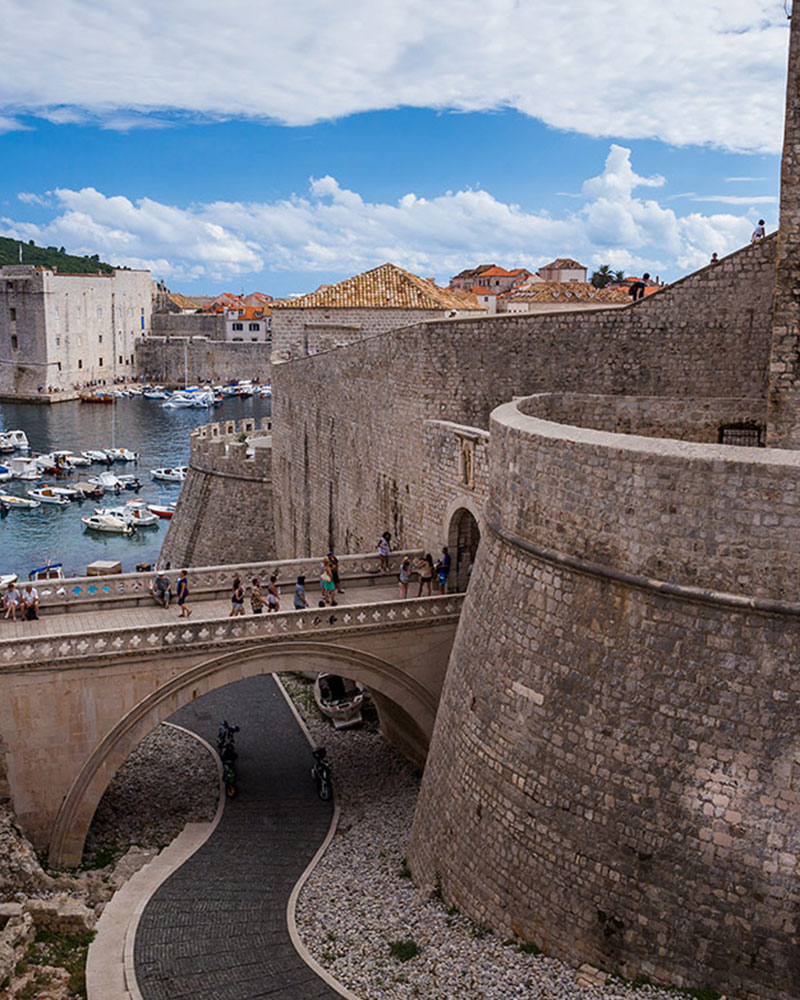 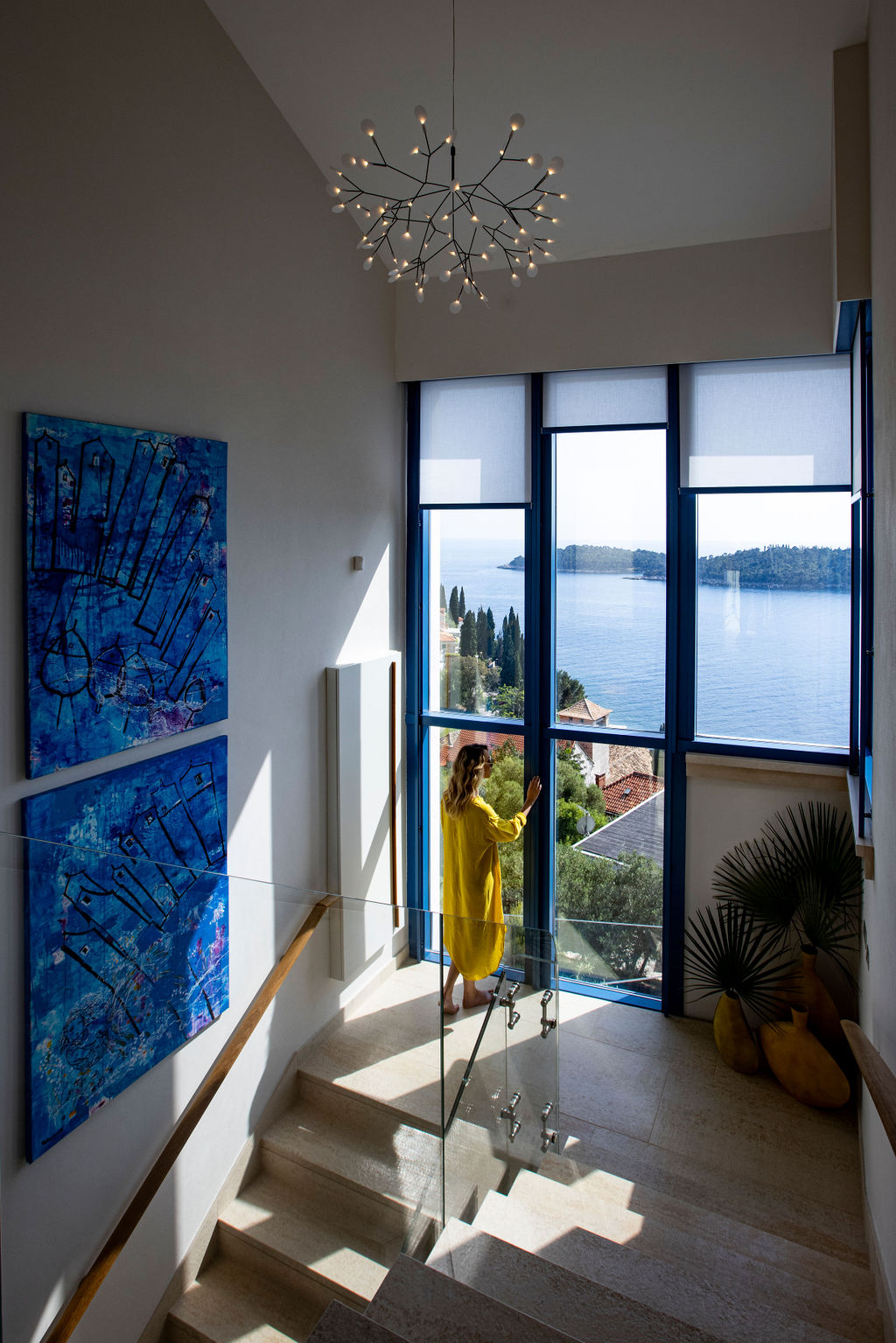 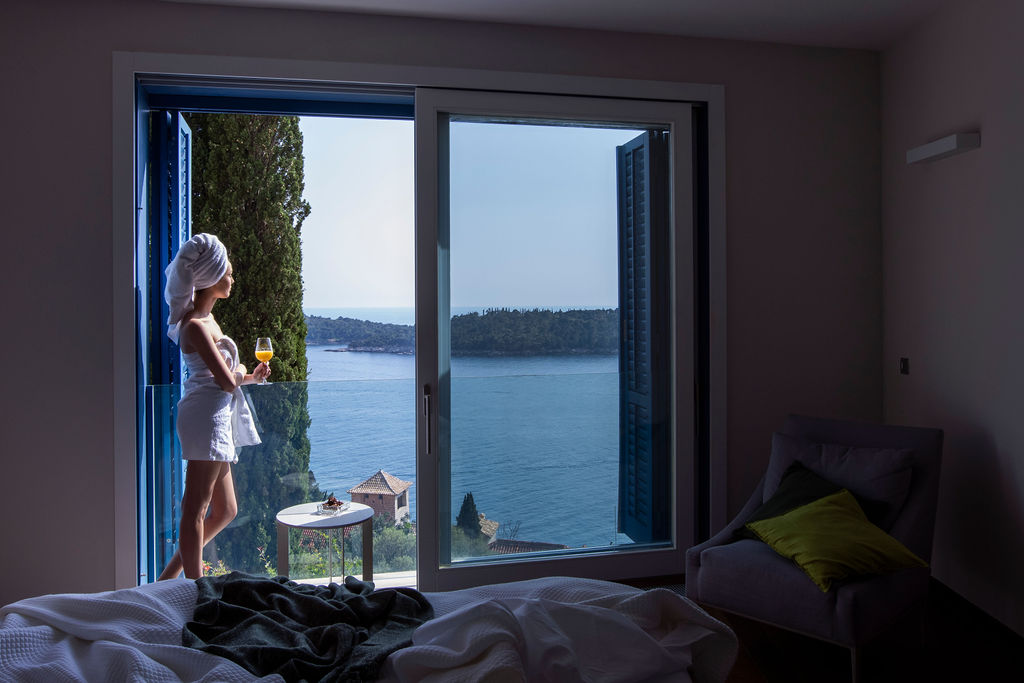 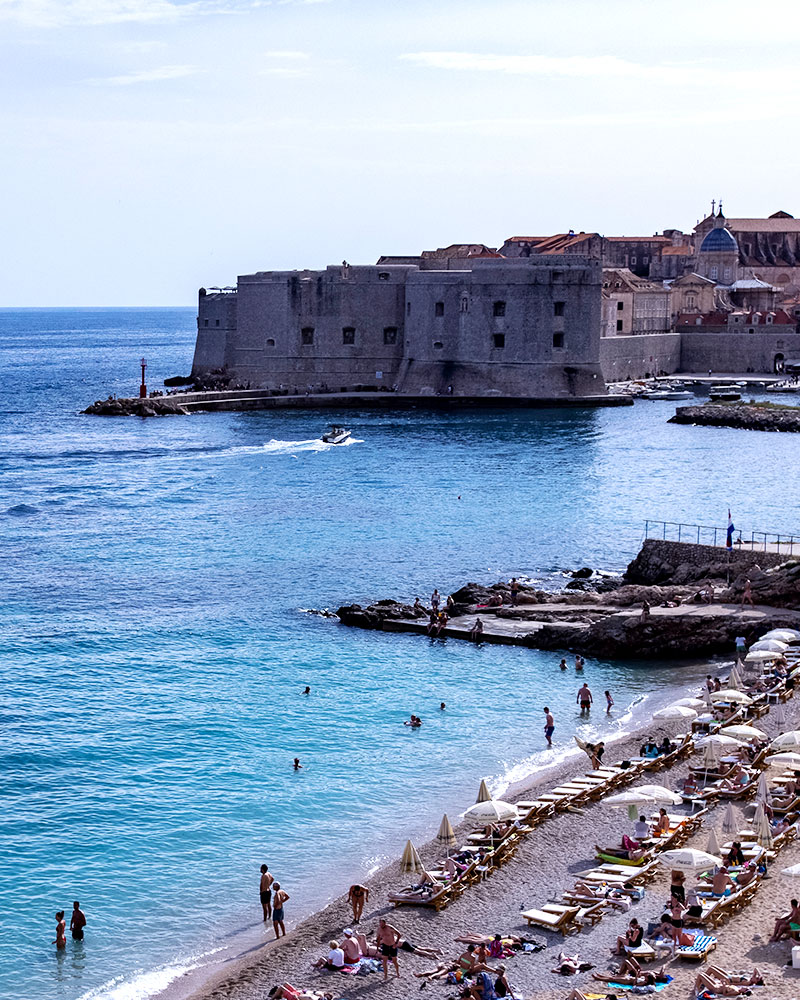 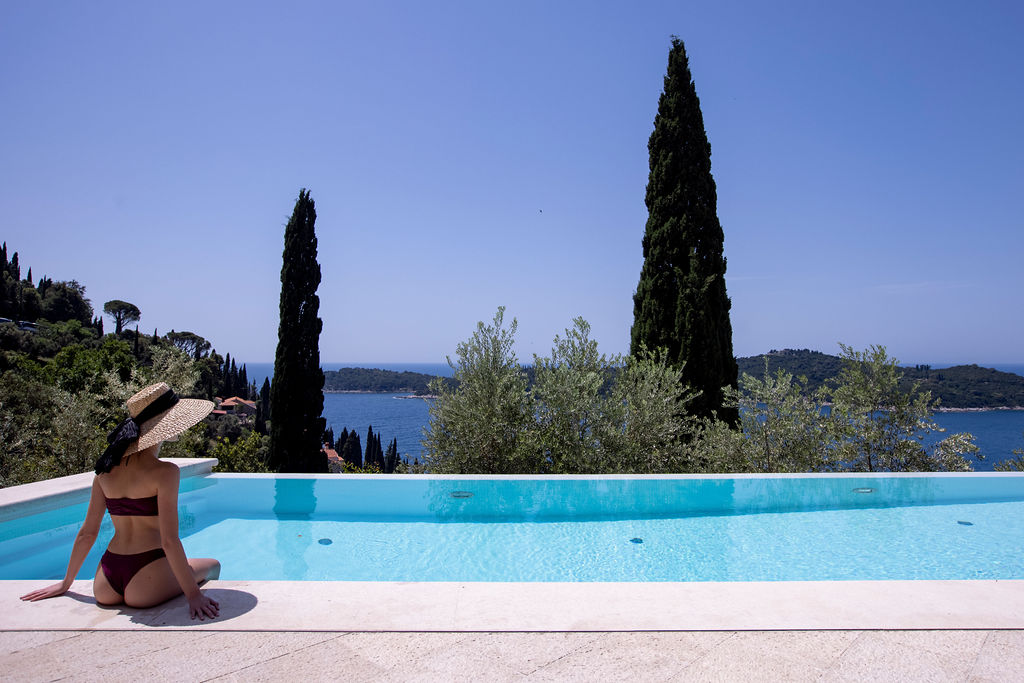 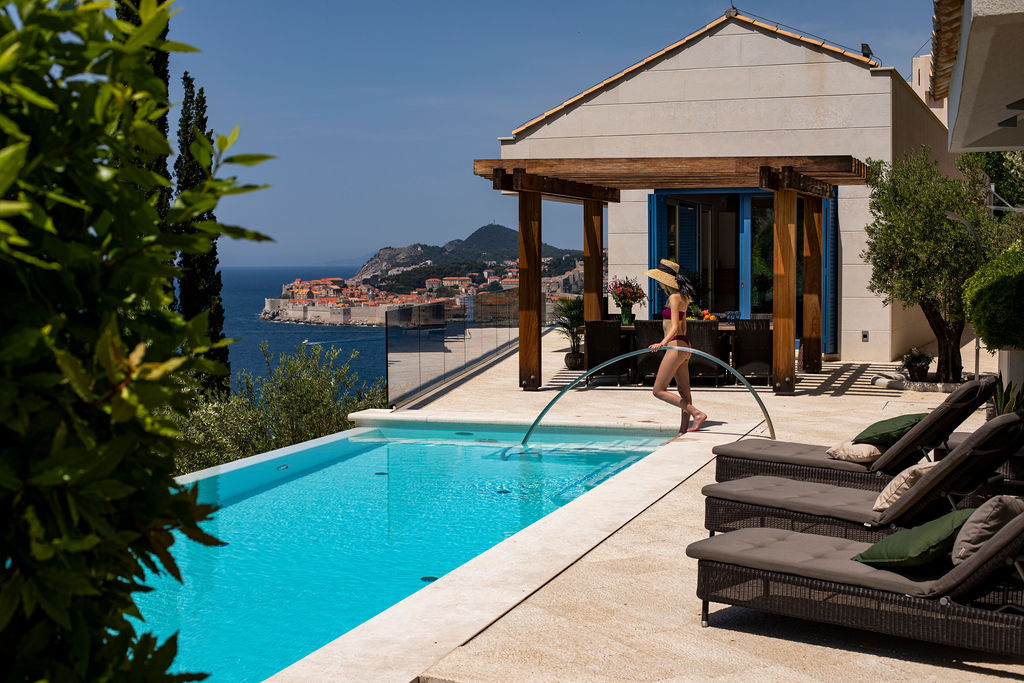 In 1979, UNESCO included the historical core of the Old City of Dubrovnik on the World Cultural and Natural Heritage List.

Although it is most recognizable for its Old City, the surroundings of Dubrovnik offer hidden corners that should be explored.

In 2018, Dubrovnik gained its first Michelin-star restaurant, and several excellent gourmet eateries in prime city locations are certainly worth exploring.

Just a few minutes’ walk leads to the St. Jacob's Beach, which has been ranked countless times by world-famous travel magazines as one of the most beautiful European beaches.

Dubrovnik Airport is connected to 80 world destinations across Europe and the world.

Dubrovnik is one of the safest cities in the world and offers excellent healthcare. Numerous clinics are located near the villa.